A property in jeopardy 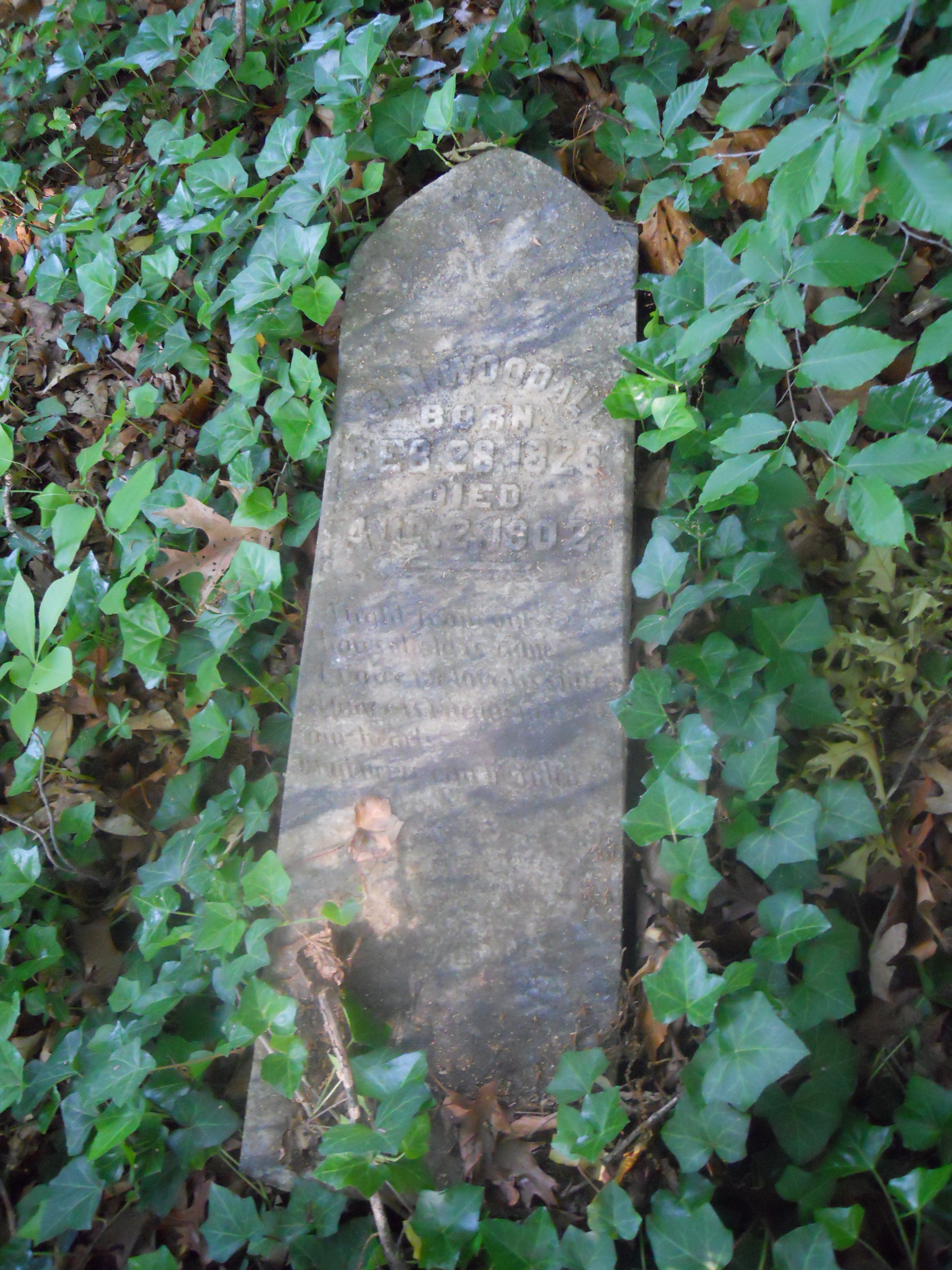 The cemetery is now believed to have only eight graves, six of which are Woodalls and the other two members of the Power family, though preliminary research shows that it was once much larger. The Woodalls once owned vast acreage that extended from where the old home place still sits on Nesbit Ferry Road to the cemetery off Happy Hollow Road.

Charles Newton Woodall, born 1826 and died 1902, is buried in this historic cemetery along with his wife, Martha Caroline Humphries Woodall, who was part of the Humphries family that lived in the Cross Keys area, now known as Brookhaven. Charles fought in the Civil War as part of the Confederate Cherokee Legions State Guards, and his wife Caroline was a founding member of the Winters Chapel United Methodist Church in the 1880’s.

Charles’s mother, Sarah Crosby Woodall, who died in 1874 (birthdate not legible) is also buried in the old cemetery, as are three of the Woodalls’ children, including two infant boys and a daughter, Indiana Vandalia Woodall, born 1849 and died 1861.

There are no markers for Josiah or Samuel Power. However, when Franklin Garrett surveyed DeKalb cemeteries in 1931, he noted that Joe Reeve informed him that the Powers were buried there.

Volunteer needed. Could it be you?

Because of its inaccessibility, we do not actively manage this property. However, with permission from the adjoining property owner, we can visit to provide basic oversight and occasional clean-up. We would also like to know more about its history and current ownership. Any of this might be a good Scout project.If you are interested in visiting the Woodall Family Cemetery to explore volunteer opportunities, please contact us at info@dunwoodypt.org.