Many Dunwoodians remember Carey Spruill and his mule blocking traffic in the early 1970’s at the spot where a dry cleaner now sits. 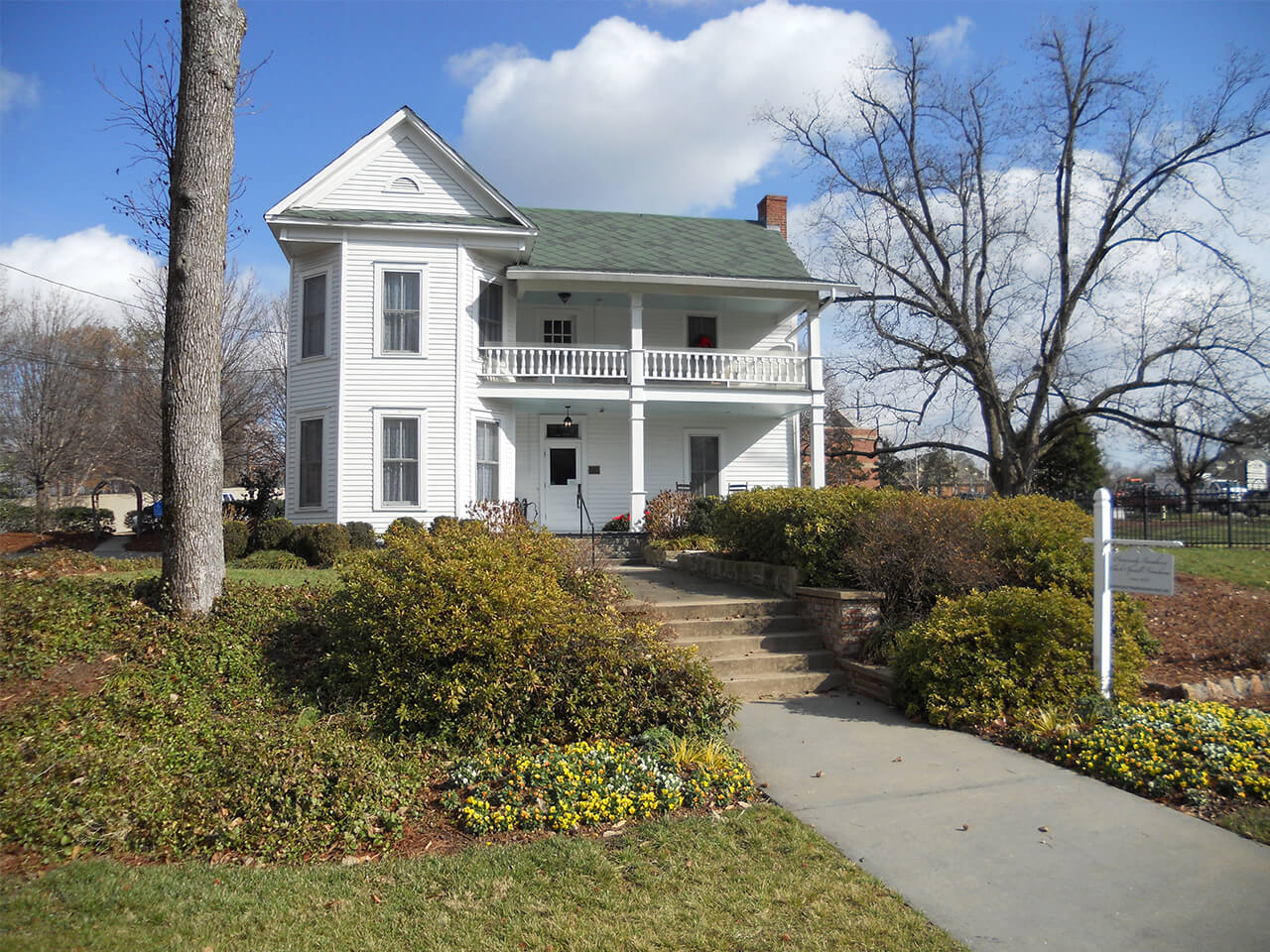 This two-story farmhouse in the “heart” of the city of Dunwoody is the reason the Dunwoody Preservation Trust exists. In 1994, rather than see it torn down, our founders rallied the community to save it and founded our organization in the process. Since then, it has become the symbol of Dunwoody, appearing on both the city seal and our own logo.

Carefully restored today, the now-elegant house had humble beginnings. Originally built as a one-story home in 1906 by Mr. Joberry Cheek for his son, Bunyan Cheek, the house sat on 2.5 acres of land that included a pasture, cornfield, barn, smokehouse and chicken house. The house features six fireplaces and an additional story that was added later by literally raising the roof and building upstairs rooms between the roof and the ground floor.

In 1945, the home was purchased by Mr. and Mrs. Carey Spruill. Carey Spruill was an architect and planter and grew corn and other vegetables on the property, selling the goods at a nearby service station. Though he died in 1983, Mrs. Spruill remained in the home until her death in 1994, at which time her heirs decided to sell the property.

Shortly thereafter, our founders, Joyce Amacher and Lynne Byrd, with help from the Dunwoody Homeowners Association, began the now-famous campaign to “Save the Farmhouse.” They raised more than $200,000. Though it wasn’t enough to purchase the property from the Spruill heirs, Joyce and Lynne were determined to save the farmhouse and refused to give up. When Guardian Savings and Loan, of Houston, Texas, purchased the property in 1998, Joyce and Lynne persuaded the bank to donate the home and one-half acre of land to the DPT.

DPT soon began the process of restoring the home. When a bank and a CVS pharmacy were built around the property, the barn was demolished, but the smokehouse and chicken house were saved by being moved onto the donated half-acreage.

Today the Dunwoody Farmhouse, at the corner of heavily traveled Mt. Vernon and Chamblee Dunwoody roads, is the geographical and emotional heart of Dunwoody. It is the place where the entire community comes together for special events, including the 4th of July and “Light Up Dunwoody,” which kicks off the holiday season each November.

The property is financially self-sustaining thanks to rent from the resident law firm that has its offices there. The house also hosts a History Room, which is open to the public during normal business hours.