A little family cemetery that rerouted an interstate. 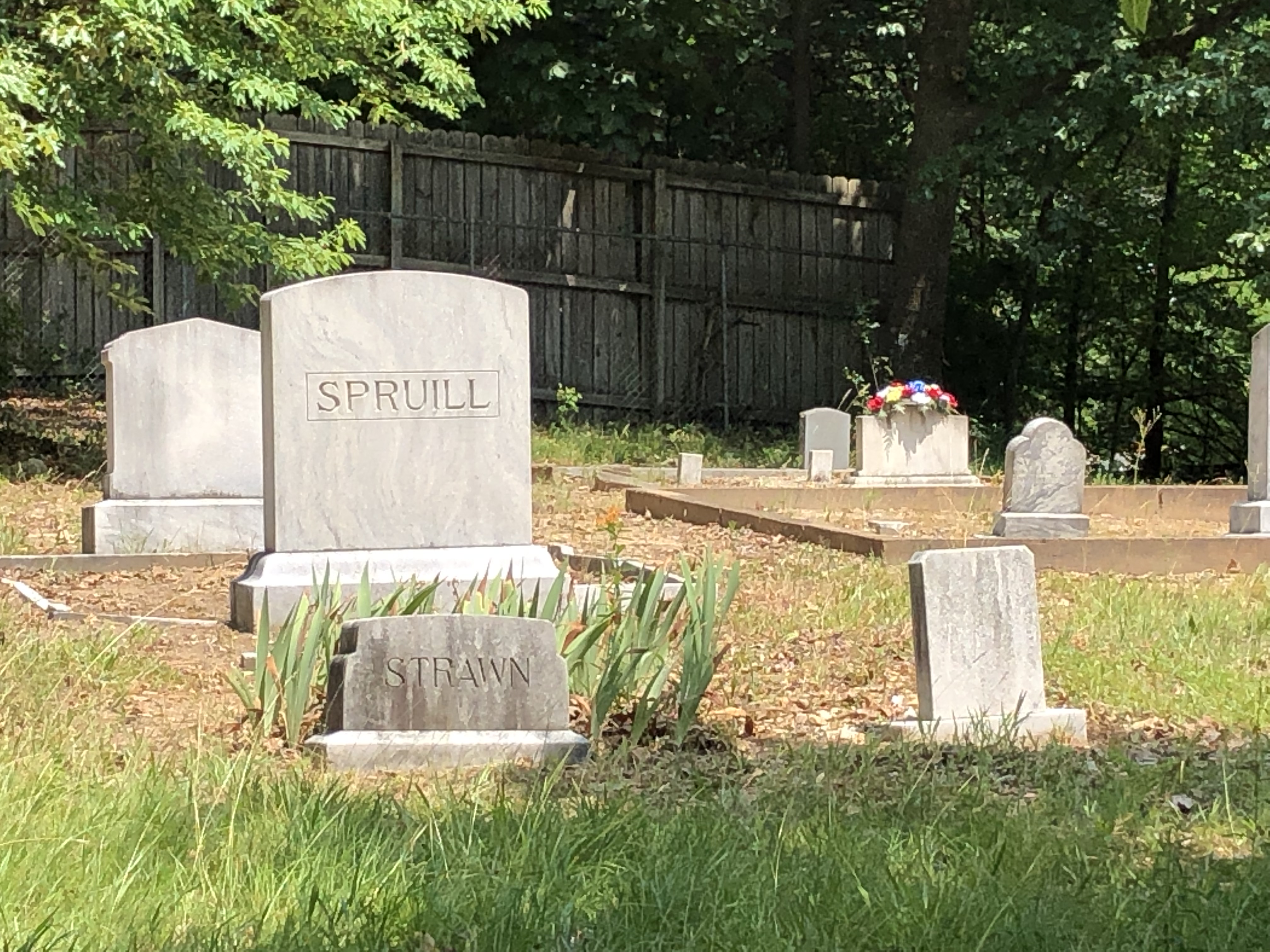 Sitting quietly between a high-rise hotel and a shopping center is a small family cemetery that very few folks know about. The family cemetery of Stephen Martin is hidden between commercial development at the Hammond Drive/Perimeter Center Parkway intersection and I-285. Access to this cemetery is off of Perimeter Center Parkway just south of Hammond Drive. Though small and seemingly inconsequential, the cemetery caused a slight rerouting of I-285 during construction. An old road running along the south side of the cemetery is still visible today.

Who was Stephen Martin?

The land which encompasses Dunwoody was once home to the Cherokee. In 1821, the Georgia Land Lottery attracted pioneers from South Carolina looking to own land in Georgia. One such pioneer was Stephen Martin, who with his wife “Fanny” and first-born son James Martin made the journey from Laurens County, South Carolina. By the time Stephen passed away in the mid-1860s, he had amassed over 400 acres of land.

This family cemetery is home to 42 known burials and 29 other visible graves – mostly those of children (per Franklin Garrett, 1933). Many graves in the cemetery are unidentified, some marked only with one fieldstone or with a head stone and a foot stone. Rows four, seven, nine, ten and eleven have only unidentified graves. The earliest known burial here was that of Stephen Martin’s first wife, Francis Elizabeth “Fanny” Garrett Martin (ca. 1802-1847), but it is likely some of the unmarked graves are from an earlier date. The most recent burial was in 1992.

Upon entering the cemetery, you will quickly see three stone cairn graves at the front of the cemetery. These graves belong to Stephen Martin and his two wives. It is believed his first wife, “Fanny,” is buried on the right as you view the graves from the kiosk and his second wife, Sarah Crowley Cahela Martin, is buried on the left with Stephen Martin in the middle. The smaller stone grave to the right of Fanny is believed to be one of the children.  Sarah’s grave at one time had a wooden shingle-type cover.

Fanny and Stephen’s daughter Naomi, known as Omie, married Thomas Franklin Spruill in 1866, about a year after Thomas returned from serving in the Civil War (Company C, 63rd Georgia Infantry). Thomas and Omie’s graves, along with those of four of their children and one grandchild, can be found just north of the kiosk in a row which is surrounded by a stone border. All of these children died early in life, as was common during this time.

Margaret Spruill, one of Thomas and Naomi’s children, married Moses B. Reeves, and they are buried in the second row of the cemetery. The rows begin at the furthest point away from the kiosk. The first row contains only one grave, that of Edward Keith Moore, whose parents were Huie Keith Pete Moore and Vera Magnolia Reeves. He is the grandson of Moses and Margaret Reeves and died as an infant.

In 1864, at the age of 21, Stephen and Fanny Martin’s daughter Sophia married Joseph Spruill. They had eight children. Their daughter Luvader Spruill married James Tilman Morgan. In the fifth row of the cemetery are buried Joseph and Sophia Spruill and some of their children, including Sarah Cordelia, William S. Spruill and his wife Tempie, their children Ollis and Lilla Mae, Nolia Spruill and his wife Nina May and their child Elbert. Luvader and James Morgan’s child Homer Morgan is laid to rest here though his parents and siblings were buried in Turner County, Georgia.

Between 1930 and 1932, Atlanta historian Franklin Garrett recorded all the known cemeteries in DeKalb County, including the Stephen Martin Cemetery. Seventy-three years later, Phillip B. Anglin, surveyed all of Dunwoody’s cemeteries and published his findings in the book “Dunwoody, Georgia, Historic Cemeteries: Silent Storytellers.”  The listings are shown by rows, with each row numbered with a number for each corresponding grave. This cemetery has fourteen rows. Some rows have ten or more graves, and others have only one.