Nestled in the heart of Dunwoody is a hidden gem that most residents have never seen nor heard of, New Hope Cemetery. Located about half a mile north from the intersection of Mount Vernon and Chamblee-Dunwoody roads, the cemetery is now found behind the KinderCare Learning Center. Within its fenced borders is the resting place of more than 350 individuals representing the founding families of Dunwoody, including the names Spruill, Manning, Warnock, Cheek and Martin.

New Hope Presbyterian Church was the third church established in the Dunwoody area. Established in 1885, New Hope served the local community until it disbanded in 1917. All that remains of this church is this private cemetery. DeKalb County Land Lot records show that Dr. Warren M. Duke donated one acre of land for the church and cemetery in the mid-1880s. Dr. Duke, a prominent physician in the area, is also buried at New Hope.

The first known burial was May 1887, with the most recent one in 2014. All individuals entombed here represent either members of New Hope Church or their direct descendants.

One couple who played a role in the establishment of New Hope Church was William Greene Akins (1829-1914) and his wife, Elizabeth Cochran Akins (1828-1894). Both William and Elizabeth, who are buried in New Hope Cemetery, were also instrumental in the establishing Providence Church (1853 – 1861). Built on his land slightly north of present day New Hope Cemetery, this one-room log cabin chartered with 11 members and hosted regular services until the outbreak of the Civil War.

When the Union Army passed through this area, the majority of the families in the north DeKalb and Fulton counties were dispersed. Many of the men between the ages of 17 and 50 served in the Confederate Army in various capacities. Four known Confederate soldiers who survived the war are buried at New Hope:

Aside from Akins and Warnock, little else is known about Conway or Fitts. Did they stop here on the way home? No one knows for sure. 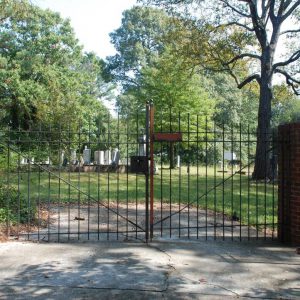 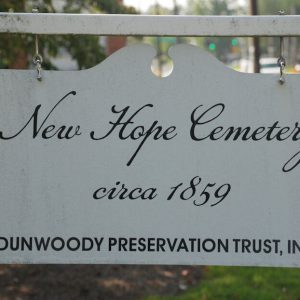 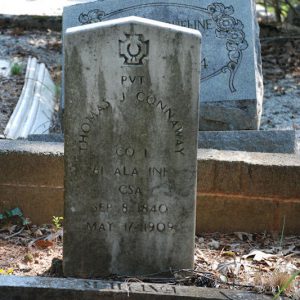